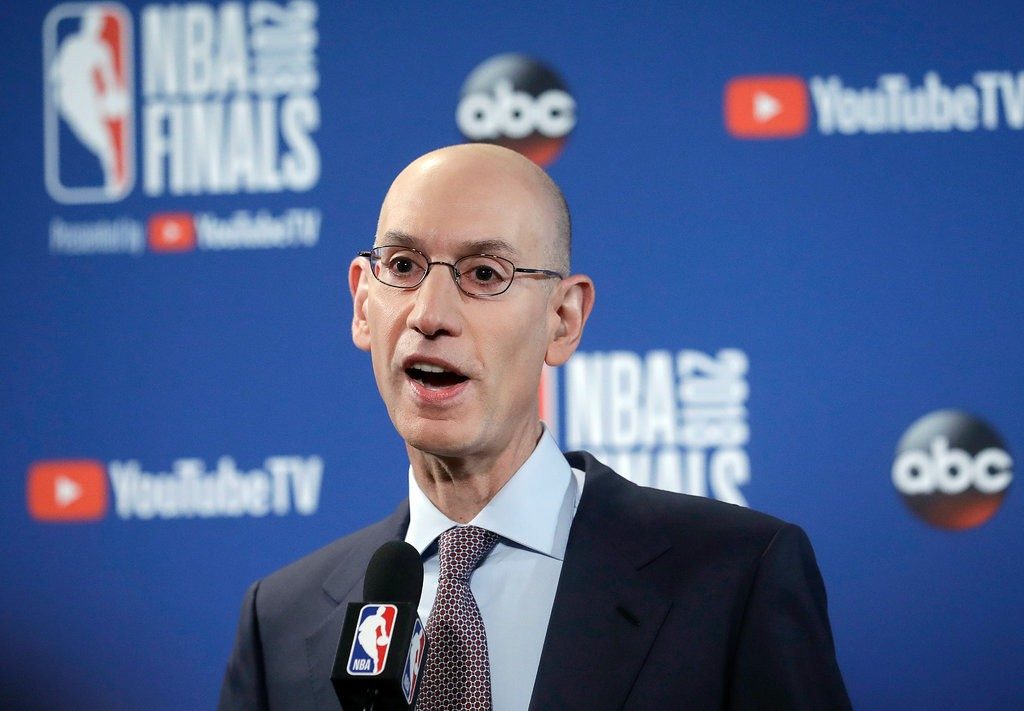 N.B.A. Commissioner Adam Silver wants all teams to hire more women, especially in leadership and supervisory positions, and is urging them to take some of the mandates given to the Dallas Mavericks as an impetus to improve working conditions within their own organizations.

In a memo sent Friday, Silver also asked teams to thoroughly review the report that was released this week regarding episodes of sexual harassment and improper workplace conduct in the Mavericks’ organization.

The league stopped short of ordering the 29 other clubs to institute new policies, though Silver’s wishes were clear.

“Use this opportunity to make changes and create a dialogue within your organizations about workplace policies, procedures and respectful conduct,” Silver wrote.

Silver is expected to speak more about his wishes for N.B.A. clubs and workplace conditions later Friday.

The league asked clubs to have what it is calling community conversations with their own employees within the next two weeks about the investigation and the subsequent report about the Mavericks.

The report was released after a months long probe that began after problems were detailed in a Sports Illustrated article in February. The Mavericks’ owner, Mark Cuban, announced Wednesday that he would contribute $10 million to help further the cause of women in sports and to raise awareness about domestic violence.

Cuban was not personally involved in any of the episodes of sexual harassment and improper workplace conduct. The investigation made it clear that others within the organization were allowing an environment in which workplace misconduct was rampant.

“Respect and integrity are core N.B.A. values, and we all must work to ensure that they are reflected in the culture and workplaces of our organizations,” Silver wrote.

The league urged teams to considered making more than a dozen changes, including:

• Increasing the number of female employees, in areas including leadership and supervisory positions.

• Additional commitments to ensuring that harassment is eliminated and diversity is improved.

• Sexual harassment training, with special training for managers and supervisors.

• Having lawyers employed in house as general counsel.

The N.B.A. had already established a leaguewide “Respect in the Workplace” hotline after news about the Mavs broke last winter.

“Open and honest dialogue about these issues is critically important and the league office can supply facilitators if needed to conduct these conversations in person,” Silver wrote.

The shot clock will be reset to 14 seconds after offensive rebounds next season, down from 24, and the N.B.A. has made alterations to two other rules.

The clear-path foul was simplified and the definition of a hostile act expanded for purposes of triggering an instant replay review.

The changes were approved unanimously by N.B.A. owners on Friday.

Referees will no longer need to make judgment calls about whether a defender was between (or had the opportunity to be between) the offensive player with the transition scoring opportunity and the basket in order for a clear-path foul to be called.